The Truths and Myths About St. Patrick’s Day 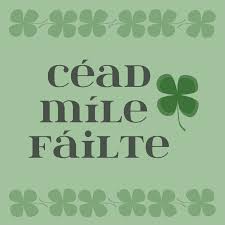 17 March is St. Patrick’s Day and it is expected that in Ireland and places where there are Irish communities (and pubs), a lot of “things green” will be seen. It is a bank holiday in Northern Ireland and a regular day for most people in Wales, Scotland and England. It’s the feast day of one of Ireland’s patron saints. Many things have been written about St. Patrick. There are truths and myths about him, so why don’t we take a look at them?

St. Patrick being Irish is a myth. He was in fact not born in Ireland but in an area that is now part of Britain. He was 16 when he was brought to Ireland as a slave. He escaped and went to England where he received religious training. By heritage, St. Patrick was Roman.

It’s been repeatedly said that St. Patrick was the one who brought Christianity to Ireland. He actually came back to Ireland in 432, a year after Pope Celestine had sent Bishop Palladius to Ireland. This means that there was already a thriving Christian community in the land before he came.

Ireland has a thriving pub culture and the Irish are believed to drink to excess during St. Patrick’s Day. The day used to be a solemn, religious holiday and pubs were closed on that particular day. It was only late in the 1960s that the celebration became one of merriment.

According to legend, St. Patrick drove the snakes out of Ireland. The truth is that there were no snakes in Ireland because of its cold weather, which snakes could not stand. This myth could have originated from the fact that St. Patrick erased pagan ideology from Ireland, where serpents were part of the Druid myths.

Green is the colour associated with St. Patrick. This is not entirely true. Blue was the colour of the Order of St. Patrick’s Knights. Green became linked to the saint and the celebration in the 18th century when Irish independence supporters wore green. Likewise, Ireland’s nickname is the Emerald Isle and the country’s flag has a green stripe. Moreover, Irish Catholics wear green to celebrate the occasion.

The numerous and often rowdy celebrations during St. Patrick’s Day started in the United States, when Irish immigrants began organising events and parades as a show of pride during the holiday.

Whether you’ll be lucky to find a four-leaf clover, eat cabbage and corned beef, get sloshed in an Irish pub or wear something green, Happy St. Patrick’s Day to you!