Bilingualism – are you smarter if you are bilingual? 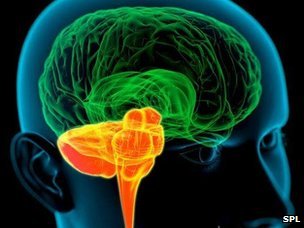 You might well have already heard that the world needs more bilingual or even multilingual people today for many reasons, largely because of globalisation. Many parents want their children to speak another language, and many adults, young and old, are taking foreign language lessons, formally and informally. There are a handful of reasons why they do this.

For example, they might want to advance in their position at work; be able to talk and be understood by locals when they visit the country of their dreams or where they have to work; or be able to live in a foreign land for an extended period of time and communicate effortlessly in the local language. Other people learn a foreign language as it presents them with a new challenge.

In 2013, a research conducted for the European Commission entitled Special Eurobarometer 386, revealed that bilinguals in Europe only represent approximately 54 percent of the entire EU population.

Bilingualism is not one single category but is rather made up of two parts: language use and language proficiency. Your native tongue may be English but if you use another language more often than you do English, the more bilingual you will become.

The brain processes both languages if you are a bilingual speaker. It has been argued in certain studies that there could, therefore, be diminished verbal skills among bilingual people, while another study indicates that bilinguals tend to have a smaller vocabulary compared to monolingual speakers.

Although questionably there might be certain disadvantages in speaking two languages, the benefits of bilingualism do far outweigh any disadvantages. Bilingual speakers have better cognitive skills, as the brain receives maximum exercise from processing two languages. As the brain’s cognitive skills improve, a person’s multitasking ability in turn improves. This is because the brain becomes adept at switching between two languages. In spatial working memory tasks, bilinguals significantly outperform monolinguals.

Among the elderly, the ability to speak in different languages delays cognitive impairment for five years. Bilinguals have better communication skills as well as good listening skills. They are proficient at finding solutions to problems and faster at processing information. Bilingual speakers are also very good at categorising work and have the ability to learn new words easily.

Bilingualism is thought to help people understand other cultures better, which in turn allows them to have and enjoy richer lives.