A UKIP meeting held in the tradition 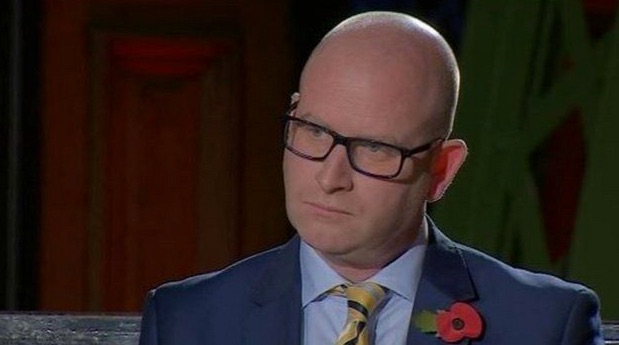 al Welsh-speaking town of Porthmadog was disturbed this week by two protesters declaring the party had ‘no respect’ for the Welsh language. During the public meeting at the politically-neutral Sportsman Hotel, activists Mr Roberts and Dr Brooks shouted over Deputy UKIP Leader, Paul Nuttall, during his speech, airing grievances that the party had the audacity to hold an all English speaking meeting in a predominantly Welsh town.

They went on to say that the party’s attitude towards Wales was a ‘disgrace’, given that during the meeting there was no opportunity to put forward questions in Welsh, neither were there any appropriately translated leaflets or even translation services available. Both men commented that UKIP was unfairly biased against minority groups, and it’s no surprise due to Mr Nuttall’s great disdain of SNP leader, Alex Salmond. It could also be reasoned that he harbours the same resentment towards Plaid Cymru, calling the two protesters after the event both ‘anti-democratic’ and ‘enemies of free speech’.

The comments came after Mr Nuttall had been speaking of the need for people to use the English language if they were going to be employed in the NHS. In fact, Mr Nuttall later said he was talking about the need for all people who arrive in the UK to have a high proficiency in English, and was not singling out the Welsh language. His main point was that the majority of people in Wales already speak a degree of English, but if they wanted to come to live and work in England then they ‘should learn English’. It does seem that Nuttall has a point, even though he was branded ‘hypocritical’ by the protesters, as it is imperative to have someone who can understand your needs, especially in a sector like the NHS where life and death decisions take place every day.

Rather coincidently, the news of this activism over the Welsh language comes at a time when the representatives of the Senned, the Welsh National Assembly, voted fully in favour of new legislation to standardise the Welsh language across all of its public services, as well as many private organisations. The policies will come into effect by September this year, and all public meetings will have to provide adequate translation facilities, both human translators and Welsh text documents, to cater for the local population. This unfortunate incident may have been avoided if the legislation was passed years ago, something for which Welsh people across the country have been campaigning in GP surgeries and other key government services.

UKIP’s manifesto has a set of statements in place concerning the various traditions of the UK, showing how they respect each culture and language of Britain; furthermore, they state, if they are to be elected, how these differences which unite us will also be celebrated to strengthen our ties. Of course the protestors were right to make the point that no relevant material in their language was available, considering the fact it was a public not a private meeting, but this overblown fiasco has likely already diminished UKIP’s slim chance of gaining a seat in Porthmadog, and maybe in Wales as a whole.