The National Eisteddfod – A Celebration of all Things Welsh 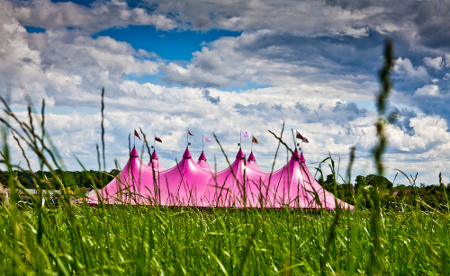 With its roots dating back as far as the twelfth century, the Eisteddfod Festival has been officially held in Wales every year since the 1860s, with celebrations spanning the whole first week of August. More than 150,000 residents and visitors flood the host town for a wide range of activities, competitions and cultural awards, all taking place in the Welsh language.

Not only are there original performances, dancing, arts and music, but the whole event celebrates the beauty and heritage of the Welsh nation. This year the festival will be held in Montgomeryshire, so many of the towns and villages in the region will have events and activities planned for both daytime and evening. There is always a central location where most of the action takes place, usually in a large open space, known as the ‘Maes’. The Eisteddfod is famed for its enormous pink tent which dominates the site, and is where traditional contests and award ceremonies for Welsh culture attract people in their thousands. Around the Maes, there are close to 400 stalls each year, offering every kind of Welsh product you can imagine, so if you’re looking to show off your own product this is the perfect opportunity.

Local Welsh businesses are set to flourish too, with an estimated £6 million forecast to be spent in and around the local area over the course of the week. Aside from the on-site stalls that surround the Maes, hotels and restaurants close to the activities will benefit greatly from the increase in trade, and in previous years business owners have put forward their venues as ideal places to host some of the activities. It’s essential to get in touch with the relevant local committees ahead of time in order to secure a stall or arrange a partnership between your business and the Eisteddfod for the week it takes place.

Many of the guests visiting from further away choose to stay in one of the caravans provided by the festival organisers. Each family renting a caravan receives a basic welcome pack with information about local attractions, so if you want your business to be included for free all you need to do is send some leaflets to the main organisers before the festival begins in August. You can also show your support for the festival by hanging Eisteddfod bunting in the windows of your local business, available to order on the site from June 2015.

To really get yourself and company staff into the spirit of things, the Eisteddfod partners with local Welsh language centres for the week, giving anybody the chance to attend short but informative Welsh language lessons. These are free bilingual taster sessions where you can learn to speak and translate simple Welsh greetings, plus anything that would be relevant to your business such as food and drink translation into Welsh for restaurant owners.

The Eisteddfod festival in 2015 promises to be just as exciting as in years gone by, and whether you visit for just a day or decide to spend the whole week there, you’re guaranteed to come away with a much greater appreciation of both the Welsh language and the country’s rich cultural heritage.