The French Language in the News 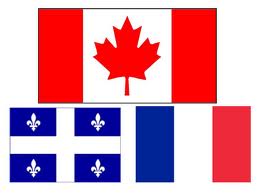 The French language and those currently trying to protect and promote it have recently come under a lot of scrutiny.

In February, it was reported that the latest person to be appointed as one of the 40 ‘guardians of the French language’ with the Académie française is in fact an Englishman. Michael Edwards is a Cambridge-educated poet, writer and translator with dual French-English citizenship. Although there are already members of the Académie who are not French-born, Edwards is the first British-born person to be elected, making it a highly notable choice.

It is the task of these ‘immortals’ as the Academicians are known, to help keep the French language ‘pure’ and to determine which new words should be entered into the French dictionary. The moniker comes from the fact that this is a lifelong appointment and that a new appointment is only made when one of the existing immortals dies. Whilst some question Edwards’ suitability and allegiance, others hope that this latest election will help rid the Académie of its reputation for being anti-English. This latest appointment has however reignited the debate over whether a language can, or indeed should be kept ‘pure’ as many claim that evolution and change are part of the natural lifecycle of any language and further, contentiously claim that if a language needs a formal body to protect it, it is already beyond help.

Then in March, alleged examples of over zealousness of officials from the Office québécois de la langue française in carrying out their role to protect French from what is seen as an onslaught from English came to light. There was outrage in Quebec when an Italian restaurant was told that it was not allowed to use the Italian words ‘pasta’ or ‘bottiglia’ on the menus. Since the restaurateur in question went public with his outrage, others who have had similar experiences have come forward with one of the most ridiculous being the example of someone being told to cover the on/off switch on his microwave and redial button on the phone because they were in English, not French. It is however not only the language board who are focusing on the use of French: The Quebec premier, Pauline Marois is currently supporting a bill to ensure that small companies have a policy of giving French precedence over English and also only offering services in French in predominantly Francophone towns and cities.

So are these two examples of French speakers taking responsibility for their language and defending it against an influx of English words particularly from the Internet and modern technology, or is this an unrealistic aim as the language they are trying to protect has itself evolved greatly from the French originally spoken in France? I think it is actually somewhere in the middle of these extremes. Due to the informal way in which we communicate now (texts, tweets, Facebook wall posts, even email) and the speed at which language has to accommodate new concepts (Tweeting, Facebooking, Skype, etc.), it is not surprising that language is evolving so rapidly. On the one hand, it is a positive action, trying to show that there are equally good French words for those that have been adopted from English (for example, using ‘courriel’ instead of ‘email’) and promoting polyglotism should be encouraged, but on the other, I think they are going about it the wrong way. Surely it would be better to invest time and money into improving standards of written and spoken literacy in schools etc, rather than having an outdated organisation such as the Académie française, which young people of today simply cannot identify with, deciding what should and should not be permitted into a dictionary. The membership of the Académie no longer represents the people who use French everyday (if it ever did), especially given the widespread use of the language in various forms throughout Africa and the Office québécois de la langue française is simply alienating people in a multicultural society where even the most conservative of thinkers must surely agree that Italian restaurants should be free to use Italian words on their menus!

Compare this with the Queen’s English Society, which campaigned for higher standards of written and spoken English and which closed in June 2012 due to dwindling numbers and a total lack of nominations for the multiple positions which it had to fill. So is it time for these anachronistic institutions, who are no longer representative of the people they campaign on behalf of, to abandon their fight for linguistic purity or is this the very time, one of great technological advancement and globalisation, that preservation of language as we know it should be encouraged?