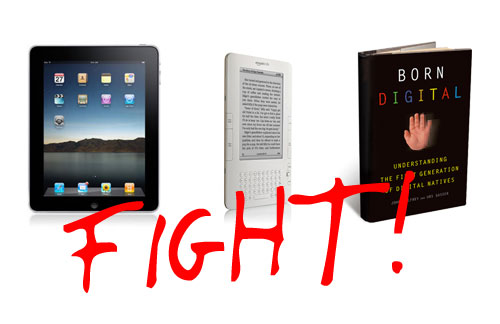 With E-Books selling faster than hard copies, more and more people are reading using digital devices such as tablets and E-Readers. As technology advances, most screens are now of very high resolution, which makes text appear a lot clearer and the contours of the letters are sharp and crisp. This greatly reduces eye strain which means that users can read for longer.

As usability guru, Jakob Nielsen, explains, “Better hardware leads to simply more words being consumed, which means more engagement with the content”. Various studies have given us an insight into how we actually read content from a screen. It has been revealed that we read 20% to 30% slower using devices as opposed to books or newspapers and when it comes to web content, users usually scan rather than read word for word. Internet users tend to be more impatient and want to get to the information they are looking for quickly, hence they scan headlines, look at links and usually spend more time at the top of the page or ‘above the fold’ as they say in the world of journalism.

Eye tracking studies, using so-called ‘heat maps’ have tracked users’ eye movements when reading from a screen and have shown that they move in the shape of the letter ‘F’ meaning that most time is spent reading the headline and first two paragraphs of text.

Internet users are usually following an information trail, looking for specific bits of information, so it is not surprising that they are not entirely engrossed in the web copy and pouring over every word of some copywriter’s diligently written prose. However, readers who are downloading E-Books or reading novels using a device such as a Kindle or iPad, read in the same manner as those reading hard copies. Or do they?

A recent study conducted by a Norwegian university showed that those who were reading using a device were not as engrossed in the text as much as those who chose to read from a hard copy. The findings were published in the Guardian where it was stated that, “Kindle readers performed significantly worse on the plot reconstruction measure (as opposed to the paper readers) i.e. when they were asked to place 14 events in chronological order”.

An earlier study also showed that readers responded with more emotion when reading an upsetting short story from a book as opposed to those who read the same story on an iPad.

The tactile aspect of reading a book, i.e. the turning of the pages which provides a sense of
progress has been cited as one explanation of the better performance of the hard copy readers as opposed to those who read the same text on a Kindle.

Further research is needed into the impact of technology on reading so that publishers can be advised of which types of books would be most suitable for print and which for digital devices.