The struggle for S4C 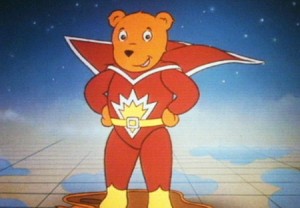 The Welsh language channel S4C was launched in 1982, the result of a bitter struggle by Welsh speakers fearful that the language would suffer further decline if it was not shown on television during social hours.  Campaigning included refusal to pay for television licences and scaling television masts. When the government of the time reneged on its promise to set up the channel, prominent politician Gwynfor Evans even threatened to carry out a hunger strike to his death. Since last year, the struggle has been revived as the channel’s future has once again appeared uncertain.

Last year the government announced that the responsibility for funding S4C (previously at around £100m a year), would pass to the BBC. This prompted widespread anger among Welsh politicians, who had not been consulted, as well as fears for the funding of the channel and its editorial independence. There is even a new licence fee campaign.

Two days ago, the governance agreement between the BBC and S4C was announced, including confirmation of the budget for the next few years. S4C’s grant will fall from £76.3m in 2013/14 to £74.5m in 2016/17. The BBC states that this is enough to safeguard S4C’s programming and that S4C with continue to have its own management board. Campaigners, however, complain of the lack of consultation before the announcement and argue that the channel’s independence cannot be guaranteed while it receives its funding from another broadcaster. The Welsh Language Society will meet on Saturday to decide on the future of the licence fee campaign.

S4C has come under fire in recent years for declining viewer numbers. From the outset, it was difficult for one channel to cater for the needs of all Welsh speakers, whatever their age or interests, and many of its most popular programmes such as Noson Lawen (variety entertainment hosted in a barn) and Cefn Gwlad (Countryside), which appeal to its core audience, are unpopular among younger, less rural viewers.  The arrival of many more channels into people’s homes means that S4C now has more competition than ever. Pobol y Cwm, the BBC’s longest-running soap, continues to be popular, however, with an episode attracting 100,000 viewers or about 1 in 6 of the potential audience, while an EastEnders episode in the same week reached 9.6 million viewers, also around 1 in 6 of its potential audience.  Two films made for S4C have been nominated for best foreign language film Oscars: Hedd Wyn, centred on a poet who died in World War I before being able to collect his chair at the Eisteddfod and Solomon a Gaenor, filmed in Welsh, English and Yiddish featuring a love affair between a local girl and a Jewish immigrant. Some of S4C’s children’s television programmes including Superted and Sam Tân (Fireman Sam) have been exported worldwide.  Furthermore, sports programme Sgorio achieved cult status outside Wales in the 1990s for its coverage of European football. Current favourites include the popular school drama Gwaith Cartref, music and sports programmes and Newyddion (news).

S4C now has to rise to the challenge of securing good viewing figures in a very competitive climate with a declining budget. It may not be simple, but nothing about the existence of S4C has ever been simple.