England’s Regional Sign Language Variations Look to Be Dying Out 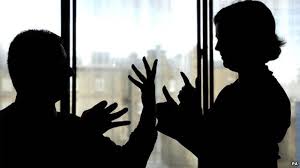 The English language is used around the world; however, there are many regional variants and dialects which give each geographical area their own local version of the language. The same phenomenon occurs in sign language, with different areas using slightly different signs for a range of words.

As with many regional forms of the English language, researchers are now reporting that regional sign language variations are dying out, presumably being replaced with the more universally recognised BSL (British Sign Language). At one time, there were twenty-two different ways to sign the word “purple”, dependent on where the signer lived or was brought up, but this number has reduced dramatically.

The diversity of the sign language used around the UK and in English-speaking countries is such that miscommunication occurs as signers simply do not understand the variations that others use, despite both using a similar form of non-verbal communication.

Many linguists are concerned about the addition of text speak abbreviations such as “LOL” and slang terms such as “selfie” into the Oxford English Dictionary, while others are reporting the more serious concern that regional sign language gestures are dying out altogether. Those who struggle with regional variations will not be disappointed to see a reduction in regional gestures. As far as language development goes, this is a topic which is shrouded in controversy as there are a number of viewpoints, each with valid concerns.

Those who enjoy the range of geographically specific gestures as part of their sign language are naturally concerned that these seem to be dying out, partly for cultural reasons and partly because it means that they may find themselves having to temper their own communication to suit the majority, who would struggle to understand them. Many signers have stated that they are able to tell where a person comes from dependent on the way they sign, much the same as a hearing person may be able to detect a specific accent. This could soon be a thing of the past.

Research from the Deafness Cognition and Language Research Centre (DCAL) in London suggests that the previously celebrated diversity of sign language is at risk, mostly because BSL is predominantly the standardised sign language taught. BSL is used in all walks of life and is increasingly seen at public events and on television to allow the wider community to enjoy what is on offer.

While many are upset at the thought of losing regional language variations, others who favour BSL would like to see it as the one universally recognised language for those who are deaf or hard of hearing. Perhaps the best case scenario here would be one in which both forms of communication could co-exist; however, with regional dialects currently being pushed out it is unclear at present whether this is possible or whether these local gestures will soon be lost altogether.