Learning a Language While You Sleep is Possible 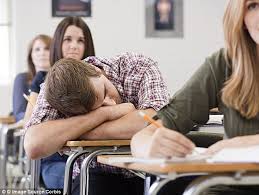 ‘Learning by osmosis’ is a phrase used by many to explain the ability to learn something while sleeping. While the imagery of students sleeping on their desks, then waking refreshed and ready to sit an exam on a subject talked about while they napped is more fantasy than reality, there is evidence that suggests that learning while asleep is a very real possibility.

For many years, those who study and follow the practice of hypnosis have produced or used audio recordings for participants to listen to while asleep. These CDs typically cover topics such as quitting smoking or re-training your brain to help with weight loss. While the success rates of such programmes are mixed, Swiss psychologists are far from ready to discount the possibility that information may be processed and learned when a subject is sleeping.

To test the theory that ‘the ears never sleep’, another phrase commonly used by those who are advocates for the idea of learning when asleep, a Swiss study used language learning as a method to measure information that was absorbed and retained.

As part of the test, Swiss psychologists played foreign-language words (newly-learned vocabulary) to students in order to test the memory of those who listened to the recordings while asleep compared with those who were awake. Sixty German-speaking students were asked to learn a selection of Dutch words previously unseen by them at 10 p.m. at night. Half of those being tested were encouraged to go to sleep and the other half remained awake while the Dutch words were played back once more.

On waking the sleeping subjects at 2 a.m., researchers re-tested all students on the new vocabulary and found that the students who had slept recalled the words significantly better. The study was led by bio-psychologist Bjorn Rasch and published in the renowned journal Cerebral Cortex by the Swiss National Science Study.

Many factors were considered, including that those who had slept were simply better rested and therefore tested better compared to their sleep-deprived peers. EEG measurements taken on the sleeping learners during the test, however, found that the part of the brain which processes language, namely the parietal lobe, showed increased activity when the audios were played.

A separate study published in 2012 by the Weizmann Institute of Sciences appears to back up the most recent findings, as it discovered that scientists could expose test participants to a number of sounds and scents while asleep, only for them to be able to recall and associate the two on waking.

While such research is yet to produce definitive answers as to why this occurs, it is reasonable to expect that these breakthroughs are not far off. If a process for learning languages, as well as other topics, could be devised for use during sleep this could revolutionise the way in which languages are taught and learned.