Many Turning to Music as a Language Learning Tool 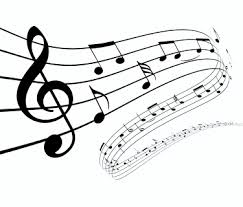 There are many different ways to learn a language, with students of all ages choosing from a wide variety of resources to enable them to better grasp what they are trying to comprehend; attending a language class with a tutor, language books, audio recordings, self-study such as distance learning courses, online tools and more. These are all widely recognised as effective learning tools. There are always some students, however, who fall through the cracks when it comes to learning a new language.

Schools, colleges and universities have long been aware that individuals have different learning styles, and what may work for one student won’t necessarily work for another. For those motivated enough to take on the challenge of learning a new foreign language, a “new” and highly effective tool has emerged which has enabled those who struggle with conventional study methods to excel.

Music, often referred to as the “universal language”, is now being used by many to supplement their learning and increase their level of successful language processing. Music is well-known as a medium which can conjure up certain memories, much the same way that a scent might. Cleverly harnessing this power of association may well be the key to unlocking a penchant for effective language learning.

Music plays a part in everyday life and is omnipresent, even when you don’t realise it. At home, in the car, in a shopping centre, on computers, phones, in schools and on television, music is all around us and it takes no time at all for most of us to memorise lyrics when they come in the form of a catchy television advertisement or a hit song in the charts.

Some claim that learning to sing your favourite songs in your target language is not only an effective way to break down the learning barriers but also a way to increase confidence in pronunciation and learning ability.

Starting with simple songs, such as nursery rhymes, is often the best first step, much the same way as when teaching our children their native language at a young age.

Accessing music in a different language is pretty easy these days, with sites such as YouTube hosting videos in a wide range of languages, often also with subtitles and prompts. Repetitively practising to a tune, much like key vocabulary words in any language are often taught at school, may even prove more effective than more conventional teaching or learning methods.

For those keen to expand their language skills, using music as a tool is quickly being recognised as an effective way of overcoming frustrating learning blocks, promoting a love of languages and a higher level of comprehension and language ability.