Learning the language of your land

Every year millions of people move to a new country for better job opportunities, a more pleasant style of living in a different culture or simply to retire. If you choose a country with the same main language as yours the transition is much easier, but what about those people who arrive in a new country with little or no grasp of the basic language let alone the intricate nuances present in each?

Living and speaking with your family in a foreign country helps you to maintain a sense of normality, but stepping outside of the home to go shopping or start work can prove a challenge. Language is key to integrating with society, and for both young workers and retirees alike the failure to learn a language adequately relegates them to socializing with only the local ex-pat community of their origin. 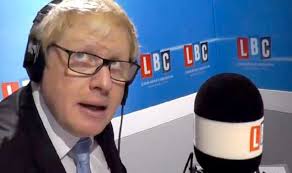 London’s ex-mayor, Boris Johnson, commented recently on the social exclusion faced by its millions of residents – 38% of whom were born abroad. While he says we can’t force non-native residents to speak English, he does point out that assisting people to get a good hold on the English language is an act of ‘economic liberation’.

There are many people living in the UK who cannot participate in the economy primarily due to a language barrier, and Boris Johnson feels that if they’re taking from the welfare state they should be at least able to contribute back into it in some capacity.

Equally, there are many people who have managed to gain employment within the UK with substandard English language skills, and it’s only now coming to light that this has led to major errors, sometimes fatal.  The case of Dr Ubani, whose poor English skills led to the death of David Gray, was highlighted in 2008 and now there has been legislation passed for all people within the NHS who are non-native to undergo a new language test.

Previously, it was solely those doctors and nurses entering Britain from outside Europe who were required to take a basic English competency test. Now, everyone delivering healthcare from dental assistants to pharmacists must take and pass the text to carry on working. Over 400 doctors have now had their licences to practise revoked and the number is still rising, all in the name of patient safety.

Health minister Dan Poulter said the change in legislation was down to an ‘alarming’ rise in patients making complaints about not being able to communicate effectively with their health worker because they were of a different nationality and language. He states that the new legislation will ‘provide protection for patients and the public’, showing that the issue of language is one of the biggest concerns of NHS service users.

It does take a much greater effort to learn specialist terms in a language which isn’t your mother tongue, but the rewards of being bilingual and specialist open up wider possibilities. Most countries, such as Britain, gladly welcome multiculturalism, offering a wide variety of opportunities for those who choose not to just live in a country, but also to accept the culture, history and language involved in being a successful and productive member of society.

I could not fault the prompt replies to my queries and completion. All staff I dealt with via telephone and email had excellent interpersonal skills - there was total professionalism in all responses. The interpreter was very helpful. I had no issues with the quality of work provided and would like to thank BLS and the interpreter for all their help. I was happy with the pricing.