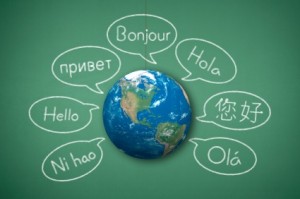 1. You need to have a special flair for language to learn a foreign language.

While I do believe that there is such a thing as an aptitude for language with polyglots like Alex Rawlings speaking 11 languages at a young age and New York teenager Tim Doner mastering 23 being among the most talented; the belief that language learning is the preserve of a small elite is most common in monoglot communities. Many of the world’s countries have multiple languages and people are able to learn several of them to a high level, including people with very little education. South Africa, for example, has 11 official languages and the average South African speaks at least 2 or 3 of them and might understand another. 98% of the inhabitants of Luxembourg can speak at least 2 languages with 95% in Latvia. 54% of population of the EU speak a language in addition to their mother tongue and 25% speak two additional languages.

I would not disagree that learning a new language can be a challenge, but there is a misconception particularly here in the UK that languages are among the most difficult school subjects. In other countries, languages are often considered the soft option, while only science and mathematics are seen as taxing. Of course, there is a difference between learning a language that is very different from one’s own and learning a more similar one, but every language has its charms and challenges and it’s up to each learner to choose the one for him or her.

3. Only small children can become fluent in a new language.

Technical terms such as ‘the critical age’ and ‘neuroplasticity’ are bandied about by those who believe that our linguistic ability declines every day and crashes at puberty. It may be true that young children are able to adopt a native or near-native accent in a language they learn as infants and that their lack of self-conscious inhibition allows them to immerse themselves in activities in a way that teenagers and adults cannot.  However, some believe that it is easier for an adult to learn a new language – a grown-up can understand and absorb the grammar, vocabulary and expressions of the language more easily and is better able to recognise patterns. Adults have a much larger vocabulary in their mother tongue than the average 7 year old, a great asset for understanding other languages, especially those from the same linguistic family. Older learners may be more motivated – an adult often wishes to learn languages for a particular reason, be it tourism, work, migration or as a personal challenge, and has a clearer view of his/her particular interests.

4. There is no point learning another language because everyone speaks English

It is true that English is the dominant language in many areas including business and international popular culture. However, globalisation and the growth of emerging countries actually means that other languages are becoming more relevant than ever, not only in terms of broadening our horizons but also for economic reasons. In 1996 75% of Internet content was in English, now 75% of Internet content is in languages other than English and this proportion is set to rise as Internet use becomes more widespread world-wide. Remember that there are still around 5 billion people in the world who don’t speak English at all.

5. Learning a language takes too much time

This one is not a complete misconception – it does take some time and effort to learn a language, but perhaps not as much as you’d thought. If you take French, for example, it is estimated that English speakers who’ve never studied French already know 15,000 French words – that’s quite a head start. German and the other Germanic languages also share plenty of vocabulary with English, even if the grammar is quite different. As mentioned above, adults can sometimes learn much faster than children so don’t be put off by your experiences at school. You could try one-to-one or small group lessons either intensive or drip-feed concentrating on the precise things that you want to learn, such as the courses offered by BLS or you could jump in at the deep end and live in the country for a year, immersing yourself in the language and culture. Estimates of how long it takes to learn some of the major languages are available, based on the US State Department’s experience, although, of course, it depends to a large extent on the individual.

If any of these have persuaded you to take the plunge, contact us about our bespoke courses  and we’ll advise you on the best option for you.