Defining dwyieithrwydd is an issue which has plagued linguists for decades. While it’s estimated that half of the world’s population is bilingual, its definition varies.

The traditional definition of bilingualism was defined by Leonard Bloomfield as “the native-like control of two languages”. This however is rare and a rather strict rule on what makes someone bilingual.

On the other end of the spectrum, we have bilingualism being defined as “anyone who possesses a minimal competence in only one of the four language skills, listening comprehension, speaking, reading and writing”

If you grew up speaking two languages, or are working towards fluency in your second language, you’ll most likely fall somewhere between these two definitions. There are decades of studies and information out there with regards to what makes someone bilingual but keeping it brief, in answer the to question ‘Are you Bilingual?’ the answer is –  it depends.

Not a great answer, I know, but the great thing about something as broad as bilingualism is that you bend the answer to suit your needs. There are certainly levels of proficiency, but to call oneself bilingual is arguably more a question of confidence.

Let’s look at a few brief examples. Take an elderly person who grew up speaking English and German. They grew up in Germany but moved to the UK at a young age. They have lost the ability to speak Almaeneg but can read it and understand it when spoken at a near native level. Not an uncommon scenario. This is commonly placed in its own category of Receptive Bilingualism, but this should arguably still be considered bilingual. It would hot however fit into Bloomfield’s definition. 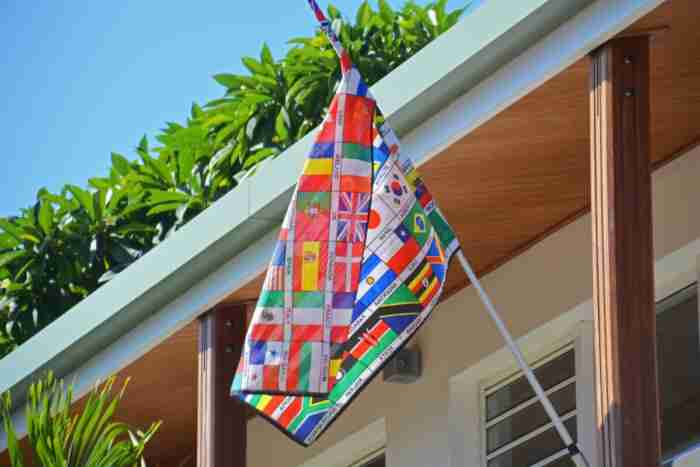 Now let’s look at someone who is learning a second language, let’s say Sbaeneg. From a young age they have learned Sbaeneg through family, friends, and social events. They have however neglected to practise reading or writing. They will undoubtedly have some ability in all aspects of the language, but the speech aspect will be far more proficient, they would still be considered bilingual even without the ability to read the language to a proficient level. This could be considered semi-literate, but bilingual none the less.

These are just two examples but illustrate the point well enough. With so many points to consider, it feels like an impossible question. Rather that asking, ‘Are you Bilingual?’ a better question would be ‘How Proficient are you in X?’. This would allow you to assess your language abilities based on your needs.

Whether you’re picking up a new language or brushing up on an old one, learning a language is as rewarding as it is challenging and the proficiency you attain depends on the work you put in. Just remember to keep it fun!

For a more in-depth analysis on bilingualism, click here!

Can I just say how impressed we are with the service you provide? Really excellent, and we’d recommend you wholeheartedly.

As you can guess from us coming back regularly with new translation enquiries, we are happy with the service you provide, and how easy communication is as well. We really appreciate how quick the turnaround is from the day I confirm with you the order to the day you send translations back over.

BLS are a pleasure to work with, they provide quality translations promptly and are always on the end of the phone to answer any questions we may have.

We felt reassured from the outset that we were receiving a great service with thorough and stringent quality assurance and excellent communication.

Professional and prompt and very helpful

An exceptional product delivered in a very timely manner. I was thoroughly pleased with BLS professionalism and the personal nature of our communications throughout the project. I believe this translation from old Welsh (late 1800s) to English was a challenging task. I was so pleased to finally read this book about the life of my 2nd Great Grandfather. I particularly appreciated how BLS shared my enthusiasm! It was a delight to communicate with Holly Trembeth!

We were very pleased with the service, no complaints at all

Fast, friendly service, people who care and understand the needs of charities.